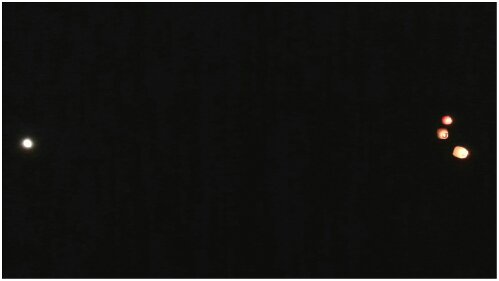 Three flying lanterns float into the sky, with the moon gazing at them from a distance. The year is over, and it ended exactly the same way it started. On a rooftop in Bangladesh.

2012 was for me, in many ways, a life-changing year. The most significant part was definitely starting the soup kitchen initiative, Soppkök Stockholm, to raise people’s awareness of homelessness in Sweden, and at the same time creating a meeting place for those who would never meet. So they did. And so did I.

The year has been filled with contrasts. New meetings, new friends and new insights. Talking to wealthy and then meeting those who are deprived of wealth. Engaging people in helping others and then speaking to those who won’t.

I look onto the streets of Dhaka, and keep glancing at the horrifying situation of human beings begging for money for their survival. Or working to get a few Taka to get through the day. Children. Limbless. Disfigured. Dismantled. Out of character and out of place. Transgendered. Transmuted. Transfixed, I look upon these incidents, and so called accidents.
For the first time this year, I haven’t a clue of how to help.

But this is what I have learnt thus far.

Solidarity with every human being.
The recipe: An open mind, and two ears. And empathy, which leads to action. Without listening, conversation is merely a monologue, trying to convince the other of one’s opinions.

Life is always about acts of solidarity, but differs in who we wish to support. Our children, our friends, our neighbours. What happens when this expands to people whom we do not know? What are we afraid of?

New insights, new friends and new meetings. I am not the same person I was a year ago. Hopefully the coming year will teach me even more than this year.

Three flying lanterns float into the sky, with the moon gazing at them from a distance. The year is over, and it ended exactly the same way it started. On a rooftop in Bangladesh. The new year awaits.